VILLA ZARA - is conveniently located, a short distance (300m) from the shops, bars and restaurants of the popular Coral Bay resort and about 10 minutes walk from the soft, sandy Coral Bay Beach.

The nearest bus stop on the route to Paphos is less than 5 minutes walk. Paphos is about 15 minutes drive to the east and the unspoilt Akamas Peninsula the same distance to the west.

The entrance hall leads to a large living space with comfortable seating for 6 people and a dining suite with seating for six. There is a TV with Premium Channels and CD/Radio/Cassette player.

The kitchen is well equipped with fridge-freezer, microwave, hob, oven, dishwasher and washing machine. There is ample cupboard space and a downstairs cloakroom.

Upstairs are three well furnished, air conditioned bedrooms and a family bathroom. The master bedroom is a double with en-suite facilities and a balcony with sea and inland views. There are a further two twin rooms one of which has a balcony and the other has a double aspect to the coast and hills.The property is serviced on a weekly basis and includes all linen and bathroom towels. Air-conditioning which is provided throughout and is included in the price.

Wi-Fi is included in the rental rate.


**The current IPTV system features most UK Sky channels (premium sports, documentaries, movies & music included) as well as many channels in German, Spanish and Russian. There is also an automatically updated Video Library with films, series and more**.

Two sets of sliding doors lead out to the terrace where there is a large patio table and six chairs. Steps lead to the garden and private 8m x 4m pool, loungers and umbrellas. The private pool has Roman Steps for ease of access. The garden is surrounded by mature hedging for privacy and there is further benefit of off road parking and a BBQ.

11 kilometres (15 minutes drive) to the West of Paphos and 3 kilometres below the friendly and picturesque, hillside village of Peyia is Coral Bay, the best natural (European Blue Flag) beach in the area. This is an established resort with many villas set apart from one another above a wide curve of dark golden sand. The summer heat is often tempered by a gentle breeze and the sea has a shallow margin where children may play safely. In the busier months, water sports on offer include pedaloes, water skiing, banana boats, jet skis and windsurfing. Close by the Bay you will find large hotels, banks, shops, mini-markets (for provisions and souvenirs), bars, restaurants and street cafes for casual alfresco meals. There are tavernas and snack bars overlooking the sea and a large restaurant in the next bay which is open during the day. More tavernas and local shops are just a short drive away.

Other nearby places to visit include the unspoilt Akamas Peninsula, Lara Bay (famous for turtles and crystal clear waters) and the dramatic views at Agios Georgios. An excellent bus service takes you into the town of Paphos with its historical harbour, gift shops and restaurants. Also the 'Old Town' of Paphos with its blend of high quality shops and traditional markets.Within a short driving distance are the Troodos Mountains, Latchi Beach, Akamas Forrest, Lara Beach, Aphrodite's Rock, Baths of Aphrodite and three championship golf courses to name but a few. Paphos also boasts one of the best water parks in Cyprus.

Things to do in the area include Paphos Zoo, reptile park, horse riding, Akamas Peninsular & Lara Nature Reserve, hiking/walking, buggy safaris, 4 x 4 safaris, sea caves area, sailing and many more. Amusement and water parks in Paphos are also easily accessible from Coral Bay as are numerous archaeological ruins such as the Tombs of the Kings.If you want to get out and explore some fantastic scenery, take a trip to the Akamas, Polis, Latchi or even Troodos mountains. The Akamas is an untouched part of Cyprus with unspoilt coastline and traditional fish taverns in stunning seaside locations.

Troodos is of course the main mountain range in Cyprus, not many people know that in the winter....you can ski!

For more details on the Coral Bay Area as well as Paphos & Cyprus visit our area pages at: Coral Bay 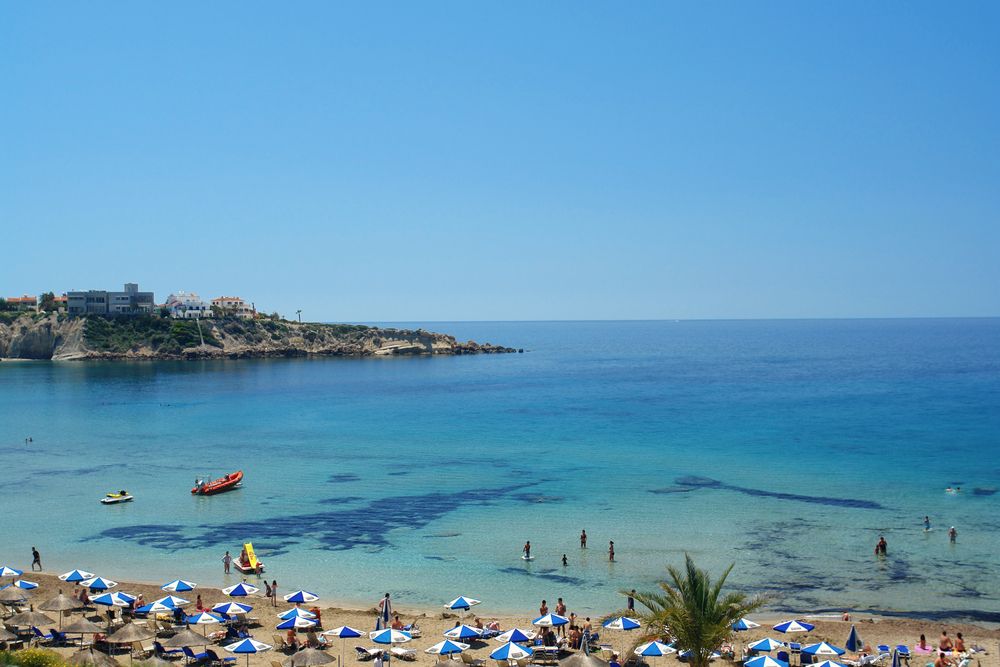 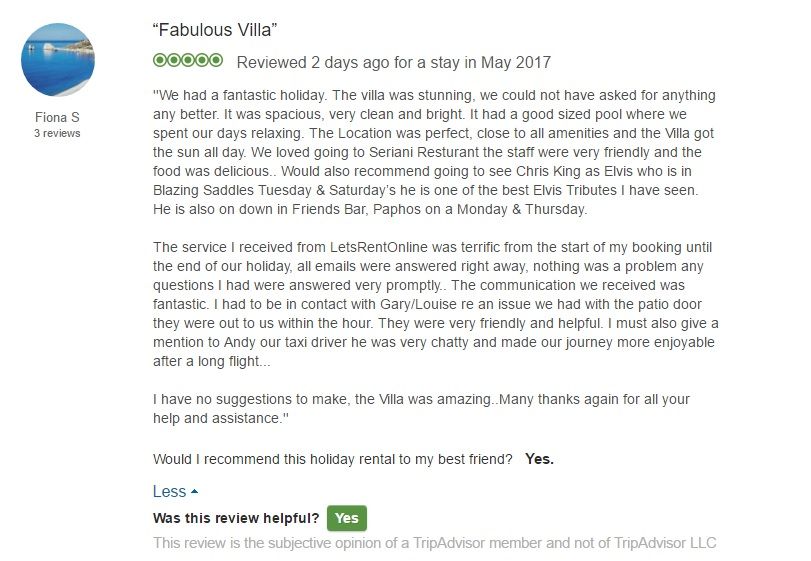 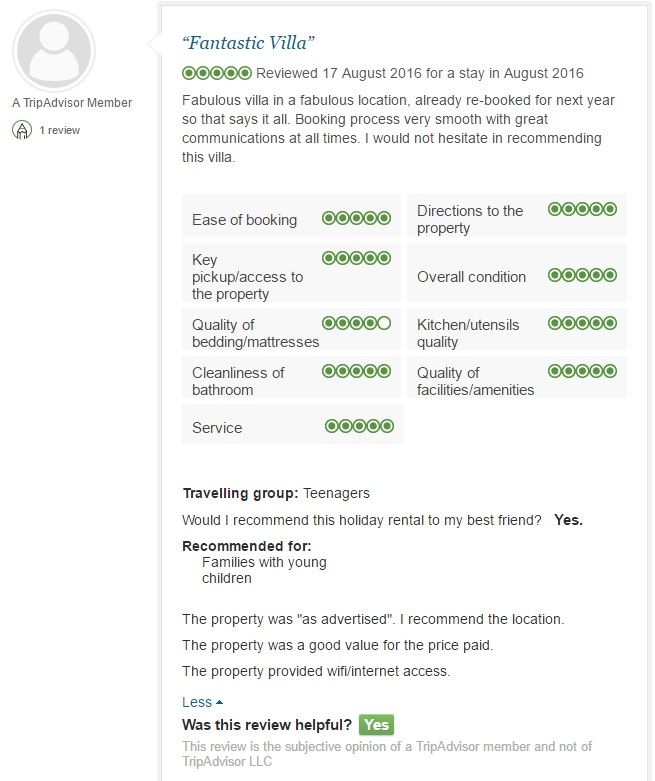 All Converted Rates are based on current exchange rates and for Viewing Purposes only. The inevitable payment currency is always £GBP (Euro bank transfers possible)

Air-Conditioning included throughout.
Welcome Pack included.
Cleaning and Linen Changes at the end of each week
Wi-Fi is included in the rental rate

The changeover day is flexible however bookings leaving unrentable periods (less than 7 days) between existing bookings may not be accepted.

A refundable security deposit of £100 is required to cover any damage or breakages to the property.

Flexible
Access to the property is anytime from 3pm on arrival.Guests must vacate the villa by 11am on the day of departure.

LATE AVAILABILITY DISCOUNT
Bookings of 7 nights or more made within 28 days of travelling discounted by 10%
LOW OCCUPANCY DISCOUNT
1-2 guests: 5%
Only one discount can apply

Please note that a move to future dates is always offered for new bookings in any period where severe restrictions prevent the travel. If new dates cannot be determined or finalised at time of cancellation/restrictions then a voucher/credit note would be offered.


Check the Special Monthly Rates for our Winter Lets in Paphos, Cyprus