This very private self-catering villa with stunning sunset views and amazing terraces overlooking Agia Marina bay, can accommodate a family or party of up to nine (9) guests in four large bedrooms. With a huge (7 X 14 m) pool as its centre attraction (can be heated upon request) Villa Marilena Sunset Dio could be the ideal vacation rental in the Polis area of Cyprus.

In Ayia Marina there are unspoilt sand and shingle beaches in this area - all within a very short drive. A few tavernas can be found along the coastal road with a wider choice of shops, bars and restaurants in Polis Square and Latchi. Nearby Argaka has an ever expanding choice of eateries also. There is a childrens amusement park, mini-market and bakery also.

The front garden gate leads into a private parking area close to the main entrance, which opens onto an open plan space on the ground floor, featuring a rustic furnished lounge and dining area, a fully equipped kitchen and french doors to the front terraces and pool, both enjoying the open sea and spectacular sunset views in the evenings. It is only a little over 1km away from the beach and just a 10 minute drive from Polis town.

The route from Poli Chrysochous that leads to Agia Marina is considered as one of the most picturesque and beautiful routes of the island.


The villa's ground floor is friendly to guests with mobility difficulties, and it provides all the facilities for a relaxing holiday away from it all. The living area is open plan with a traditional Cypriot feel but very comfortable. There is ample seating and dining facilities. The TV is a Smart TV with Android box for extensive choice of channels. There is a sofa bed in this area to accommodate a 9th person. The kitchen is fully equipped.

A back door opens into a covered parking space with pool table and ping pong. It also provides access to the pool terraces. At the front of this common area one can find a huge balcony, with wooden furniture for dining al fresco or admiring the beauty of the open sea and a small ramp for buggies to the pool terraces.

A marble interior staircase leads on the upper level, which houses a twin bedroom with en-suite bathroom and an adjacent small space with balcony door opening into the front upper balcony overlooking the bay.

On the right it has been established a utility space with sauna room (operated on request) and then the master bedroom with en-suite bathroom and french doors opening into a private front facing balcony.?

The pool is surrounded by spacious sunny terraces with mature trees and colourful flowers protecting the privacy. It is a much larger than average pool (7 X 14 m), with cover and it can be heated on request if required. (see rates notes). It is accessible by Roman steps (great for children or those with mobility issues).

There is also a covered terrace alongside the pool with dining facilities and a built BBQ for anyone who wants to try their culinary skills, as well as a couple of children swings, a table tennis and a pool table, for the younger occupants’ satisfaction (or more).

The magnificent sunsets, the unique and airy spaces, as well as the facilities provided, make villa Marilena Sunset Dio a unique place to stay, which can only promise an unforgettable holiday in a haven of tranquillity.

The villa ground floor is friendly to guests with mobility difficulties.

Self catering – Self check in.

Heated pool is on request and it is payable locally to the owner (minimum operational period is 4 days and the cost: 70-100 Euro per day depending on the time of year).

Bedroom air conditioning and Wi Fi Internet are provided free of charge. (The lounge air-con is payable extra directly to the owner and only for the dates used.)

All bed linen, hand and bath towels are included. Pool Towels on Request.

Cleaner:Once a week.
Linen: Towels:Twice a week, including your arrival.

The cleaner may be in the property even after the official checking time and will stay until cleaning of the property is complete.

Agia Marina is a Cypriot popular tourist village in Paphos area. It is located 14km NE of Poli Chrysochous

In Agia Marina there are unspoilt sand and shingle beaches in this area - all within a very short drive. A few tavernas can be found along the coastal road with a wider choice of shops, bars and restaurants in Polis Square and Latchi. Nearby Argaka has an ever expanding choice of eateries also. There is a childrens amusement park, mini-market and bakery also.

The village is known as Agia Marina Chrysochous so that it is distinguished from the other villages with the same name in Cyprus and/or Greece. The last census conducted in Cyprus showed that the population of the village is 687 habitants.

The west part of the village is decorated by cultivated land which is mainly irrigated by the barrier. The main cultivations of the village are vegetables, cereals, citrus and fruit trees and forage plants.
The irrigation of the cultivated land is completely depended on the barrier of the village. The river Xeros which is 2,5 km away from the sea, supplies the barrier with water, which is estimated to sixty cubic meters (300,000 tons) of water. The barrier covers the needs of one thousand and five hundred scales of land.
In Agia Marina Chrysochous you can meet the wild animal “Ovis gmellini ophion” (agrino), which is found only in Cyprus and it looks like a wild sheep. It is a unique and also a rare animal, thus its hunting is strictly forbidden.

Someone can approach the beauties of the village through two trails. The first one is made by the forest police and it is 4 km long, full of wild plants. The second trail leads to the barrier and to the chapel of Agia Marina. The wild fauna and flora, the cultivated land, the beach, the barrier and the nature trails are joined harmonically and they create a unique piece of art. The route from Poli Chrysochous that leads to Agia Marina is considered as one of the most picturesque and beautiful routes of the island.

Whilst in Agia Marina two destinations that should be on every visitor’s list: The fabulous Latchi Harbour and the iconic Aphrodite Nature Trail. Some more recommended attractions which are within a short distance is the Blue Lagoon and the Akamas Peninsula National Park. If someone is looking for great family fun, can treat his children with a visit to the Paphos Bird and Animal Park in Pegeia and Pafos Zoo.

In older times, the village was situated in the area of the old church of Agia Marina near the woods. At the end of the English occupation, the English pretended that they wanted to protect the forest from the inhabitants and the animals. Thus, they convert the woods to lots and sold the land to the villagers. This is how the village was “transferred” from its first location. According to an old tradition, the plague was dispersed in the area but Saint Marina eliminated it before it killed the inhabitants of the viallge. Thus, the villagers decided to give the name of the saint to the village because she helped them to fight against the disease.


The town of Polis.

There is plenty of activity to choose from, whether you wish to dine in one of the many restaurants, shop at some larger supermarkets, hire mountain bikes, quad bikes or just watch the world go by in the ambience of the traditional village square.

The nearby Latchi beach is renowned as one of the best on this side of the island and not as crowded as the beaches in and around Paphos itself (which can be reached by car in 30 minutes or under). Latchi beach is famous for its clear blue sea, soft white sand and a great selection of watersports which are readily available. Take one of the boat rides (or even hire your own) to the ‘blue lagoon’, have a swim and/or snorkel, then come back to the pretty harbour/fishing port and have the famous ‘Fish Meze’ where you will be served approx 20 dishes including some of the freshest catches of the day whilst watching the world go by.

For the more adventurous, you can enter the ‘Akamas’ Nature reserve and go all the way round to ‘Lara Beach’ famous for its turtles and wonderful beach. If it is unspoilt Cyprus you are looking for, this is a great area to visit. You may even venture into the nearby villages of Peristerona, Lysos and Miliou or further on to Kathikas (with its vineyards and wineries), Droushia and Panagia.

Other fantastic scenery can be taken in at Cedar Valley and the Troodos mountain range where in Winter, you can even Ski!Paphos airport is 1 hour away by very good quality roads with English road signs. Visit Prodromi/Latchi and you won’t be disappointed.

For more details on the Polis and Latchi Area as well as Paphos & Cyprus visit our area pages at: Polis & Latchi

The following outside facilities are available for your own use:

The following facilities are available in the property for your own use:

Lovely Villa. Situation in a quiet spot but with lovely views over the sea and the surrounding countryside from its hillside position. The villa is well equipped and has good standards of furniture throughout eg comfortable beds. The bathroom and kitchen are to a good standard. The villa was clean. The villa offers a really peaceful and relaxing holiday retreat. The pool is huge, and the outside offers a BBQ, pool and table tennis table, with good quality tables, chairs and sun loungers and umbrellas. There are plenty of shaded areas, but good south facing pool area means it gets the sun all day. Andreas the owner is a lovely man, not intrusive at all, just very friendly and helpful. Agents were very helpful and professional with the booking and supporting throughout the process from start to finish. All in all a great holiday experience.
From: Mark L | Date: 29/07/2019


Air-Conditioning is included in the rental rate for bedrooms. Living Area paid for locally. 14 euros per day.
Heated pool is on request and it is payable locally to the owner (minimum operational period is 4 days and the cost: 70-100 Euro per day depending on the time of year).
Sauna Room (On request – payable extra to the owner – 4 to 5 people)- 30 euros per day or 140 euros for one week.
Welcome Pack of essentials on arrival
Cleaner:Once a week. Linen: Towels:Twice a week, including your arrival.
Wi-Fi  Included in the rental rate

A refundable security deposit of £200 is required to cover any damage or breakages to the property.

Flexible
Access to the property is anytime from 2pm on day of arrival. Guests must vacate villa by 10am on day of departure.

LATE AVAILABILITY DISCOUNT
Bookings of 7 nights or more made within 14 days of travelling discounted by 10%
LOW OCCUPANCY DISCOUNT
1-4 guests: 5% minimum of 7 nights
Only One Discount Can Apply

Covid 19 Update for New Customers Only

For New Customers/ New Bookings (placed as new) from 1st April 2020 for stays between 1st June and 16th May 2021, free cancellation applies to deposits

Bookings Must be cancelled 56 days or more before arrival (or before paying the full balance to qualify)- If the Balance is Paid and Severe Travel Restrictions are announced forbidding travel then a full refund will be made of all monies paid.

If booking within 8 weeks of start date (full balance payable at time of booking) and travel restrictions are enforced for the period of your stay, a full refund of all monies paid will be made. Cancellation would have to be made more than 7 days from start date in that scenario

Please contact us for clarifications as required
View AllShow Less 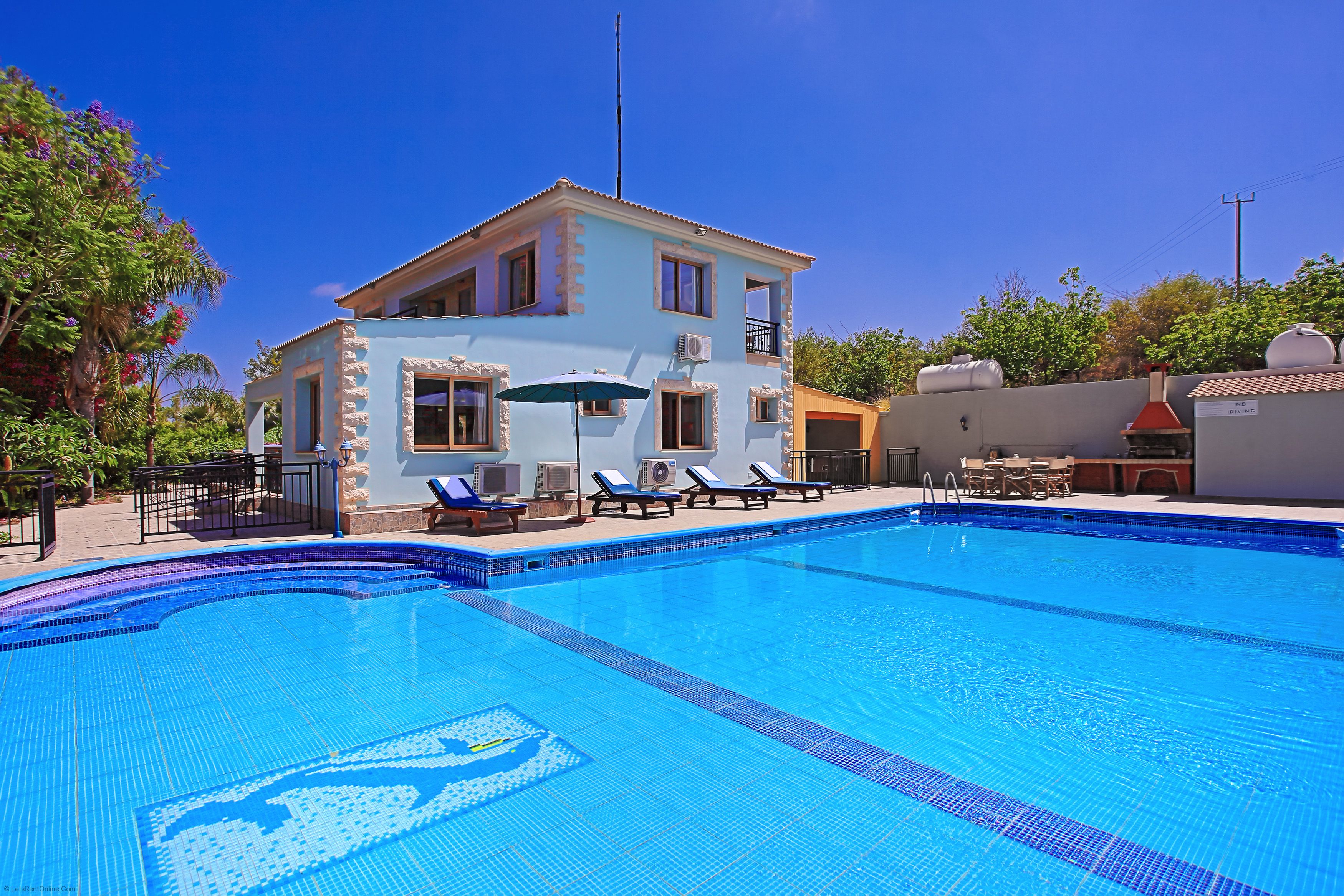